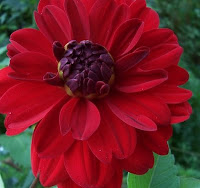 Big City Forum is honored to present an informal conversation with Stephanie Smith of Ecoshack, and Jenna Didier and Oliver Hess of Materials & Applications.

Ecoshack began in 2003 as an experimental design lab in Joshua Tree, CA. Today it's also an LA-based design studio inspired by the ad hoc, indigenous and archetypal typologies typically found at the fringes of society.

Ecoshack designs and builds small-scale, modular projects that invent new ways to live lightly on the earth. The Nomad Yurt was recently nominated for a Cooper-Hewitt “People’s Design Award." Other projects include ecovillages, beekeeper’s huts, tipis and tent cities.

Ecoshack founder Stephanie Smith is a champion of light and nomadic lifestyles. Her ideas on low-impact design, mass production and alternative forms of community have made her “one to watch” in the worlds of architecture, design and culture.

Jenna Didier is in pursuit of a new approach to the built environment. A lifelong interest in the creation and use of public spaces led her to Los Angeles and a career in water feature design and public art. The trajectory of her career begins with the development of technical skills in robotics, engineering, and metal fabrication to create mechanical effects, sculpture, and architectural water features, and has evolved into an active engagement in place-making for communities. She now has a vigorous speaking schedule that takes her to speak across the county, most recently at MIT, Taliesin West, the Dwell on Design conference in Los Angeles, AIA Mobius LA Conference, and TED-LA, with Oliver Hess.

In 2002, Ms. Didier founded a non-profit outdoor exhibition space in Los Angeles called Materials & Applications(M&A). This facility mounts two temporary installations a year that showcase architecture and landscapes by firms or individuals that wish to demonstrate a new or emergent material or technique. M&A has won three AIA Design Honor Awards for their exhibits (2005, 2006, and 2007), and the top award for environmental design from I.D. Magazine in 2006. Their exhibitions have been featured in many publications – such as the New York Times, The Architectural Record,and Dwell – television, radio, and major design websites.
Ms. Didier created M&A in order that it be a driving force to increase public participation in the built environment by inspiring visitors with a fresh interest in their surroundings-while they experience the latest ideas in architectural design and theory. The aim: to push the application of materials beyond what typical limits of commercial, residential and traditional gallery-based projects allow towards a
more flourishing, living architecture. This year, Ms. Didier created and produced through M&A a new workshop series, website, and bilingual brochure for the Los Angeles Environmental Affairs Department to help small business and property owners learn to install strategies for storm water management that result in energy savings and reduce the urban heat island effect.

Oliver Hess works constructing responsive environments and the technical systems that support those. He uses the skills he has developed in his work to create art that has been displayed in galleries around the globe and to assist other artists, architects and designers with new media installations. He is Co-Director of Materials & Applications (M&A) where he oversees technical aspects of the installations and often collaborates on the design development of installations. He teaches in the Environmental Design department at Art Center College of
Design and is a partner in the art and design collaborative infranatural.

At the non-profit research center M&A, Oliver has worked on many award winning environmental experiments which blend the disciplines of architecture, art and design, all the while developing a volunteer community of builders and experimenters excited to take on the challenges of repairing the flagging sense of public space in
Southern California and the world. Through continued experiments to optimize design, prototype, fabricate and release a variety of structures, Oliver has honed his technical and creative skills. With his wife, Jenna Didier under the name infranatural, he works collaboratively to achieve large-scale public art. Currently the work produced by infranatural involves a blend of spatial modulations which use technology to augment a visitor's sense of their environment.
Posted by Big City Forum at 9:56 PM